It is December and time again for your Monthly heads up.  I’ve been working hard at finding all the sweet farming spots in the game. Bare with me as I reorient myself to the new world. Back to that in a minute.

I want to talk about the major amount of floods to be expecting in the Servers and AH. There’s been an explosive surge this past few days leading up to the expansion. Through out all of December expect heavy, heavy days of high population. That AH will be a rockin’. Sell that surplus you’ve been saving every chance you get, set on 12 hour posts. Focus on farming in the off hours (when most are sleeping or at work/school.) from Dec 13th – 23rd. Focus on resale values from weekend before Christmas through Jan 2nd, when school break occurs.

Keep your eye open for floods. Use Auctioneer to help see a flood. If the total of green and blue listed items are x2 greater than yellow, orange, and red items (x3 for posts in stacks of 20), then you have a flood. Avoid posting for this item until slightly later. If an item is being sold has green listed items but no blue, undercut it and post it (make sure you can make a 2:1 profit!). If any green (uncommon) weapons/armor under level 85 is on sale for less than 10 GP, buy it and resell it at 10 GP higher. This is the only time of the year you can be REALLY successful with these tactics. 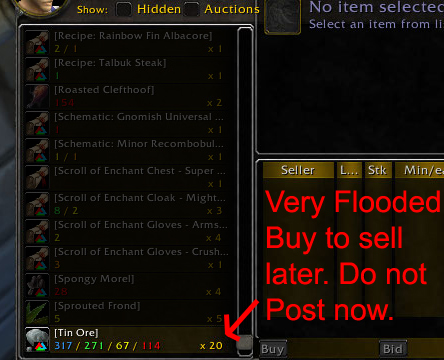 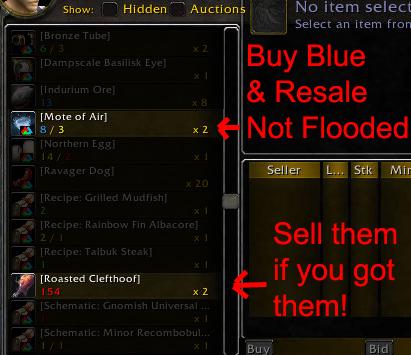 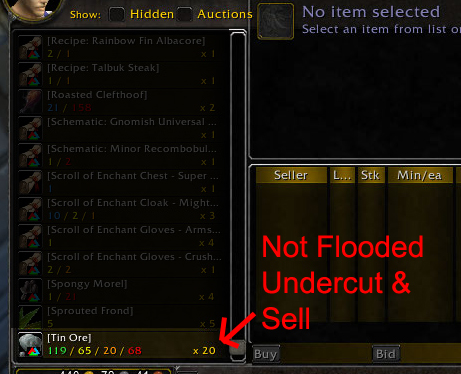 I’ve been hunting the prime spots on the Alliance side and found a few points of intrest for those of you working in the fields. The Maclure Vineyards in Elwynn Forest (straight south of Goldshire) is still a great place for easy leather. The new flight points between Goldshire and the Logging camp makes farming for copper that much easier, too. 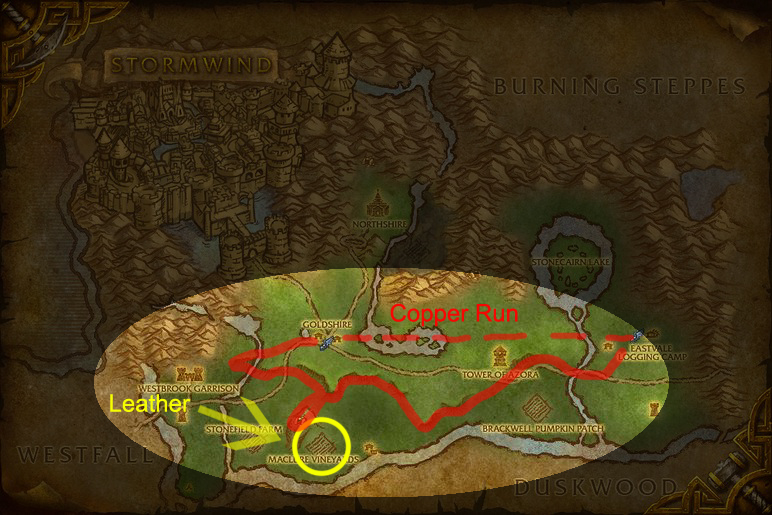 If you are in Dun Morogh, do laps around the small mountain between Gol’Bolar Quarry (East side) and Helm’s Bed Lake (Southwest). By the time you complete a lap, the mobs have all respawned. 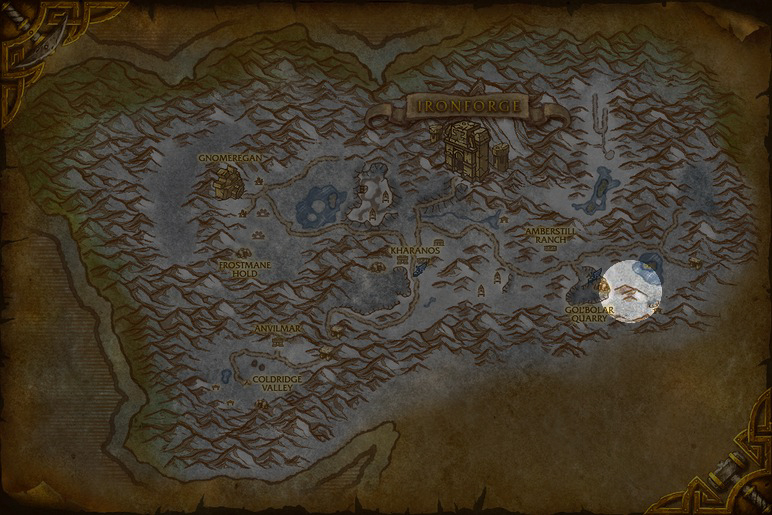 There’s also a quick lap you can do in Westfall. Start at S. Hill and grind your way between the farms Molsen and Saldean to the Furlbrow’s pumpkin farm. Clear the farm of goretusks and coyotes. Take the FP back to the hill and repeat.

There’s been a few battle glitches you can take an advantage of for instant lowbie riches. In Westfall’s Sentinal hill. Tackle the gnolls at the west side of town. Instant kills. Instant respawns. Two stacks of linen, sellable junk, and 20 SP every 1 minute (if you are able to one shot the mobs.) Take two people. One kills, and one collects. If you need a wool run (and some silk), tackle the Furbogs at Maestra’s Post, Ashenvale. Lots of mobs and very quick respawn. 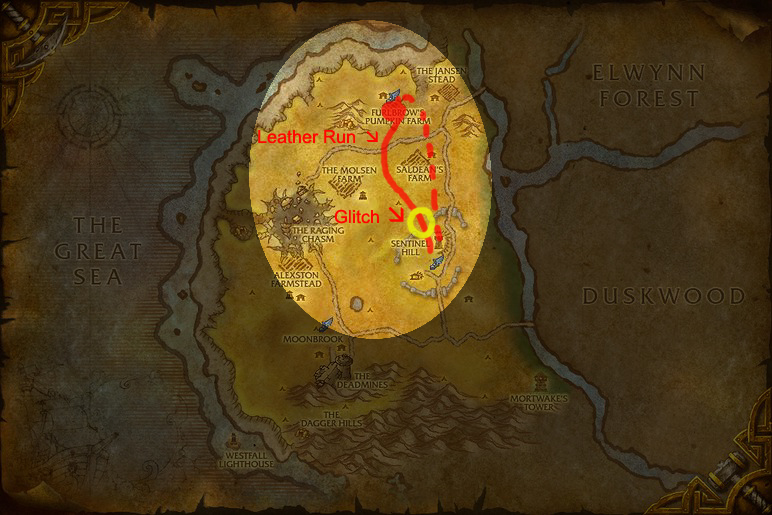 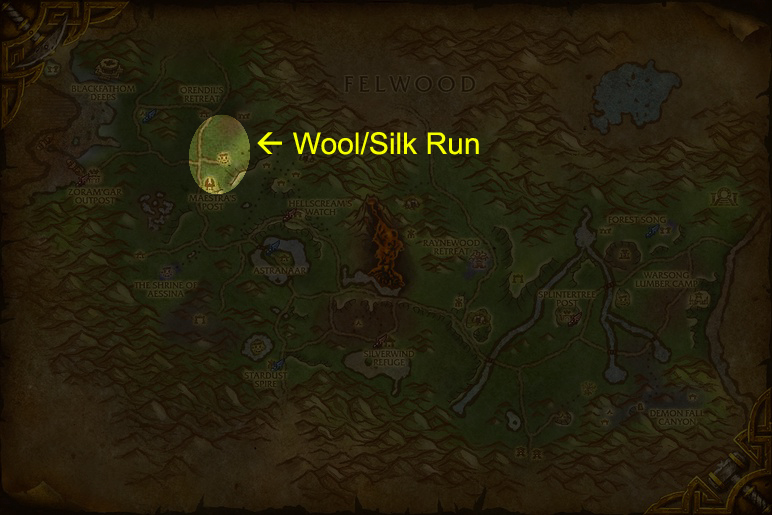 I’ll update you more as I explore and research.