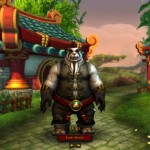 You are probably already aware that Blizzard have open the Mist of Pandaria Beta to the public a few days ago. And we are excited to be to able to test out the game as early as this which will allow us to update all our guides and have them ready for release at the same time as MoP is released.

The leveling guides will require the most updates as we have to cover 7 massive level 85-90  zones + 1-12 Pandaren starting zone (All existing 1-85 Cataclysm Zones will remain the same as far as we know).  Currently only the Pandaren 1-12 starting zone is available for us to test and here is an important quote from Blizzard MoP press tour.

“I’m Dave Kosak, the lead quest designer for World of Warcraft. I’m Cory Stockton, the lead content designer for WoW. We are going to log in here and show you live game footage running on the server right now. Let’s open our map. We are going to tag team this to give you a whirlwind tour of everything we can show you in Pandaria. This is the continent map and The Wandering Isle is not shown, it is off wandering the oceans somewhere. This map has changed quite a bit since Blizzcon. Back when showed this at Blizzcon we had five zones on the continent of Pandaria and the main thing you will notice now is that we have seven. We have added two more zones to the continent. There are a few reasons for that; we wanted to get more content into the game, as we felt like there were a lot of stories we can tell and there are a lot of things to do here. Secondly, it gives us a less linear progression for players when they are coming through for a second or third time with another player. They don’t really have to go the same path that they took before..”

So it seems that the questing style for the new 85-90 zones could be like the way it was in Classic and Burning Crusade WoW which was much harder as there is no obvious set path of questing. This also means that Dugi Guides will be more useful that ever for leveling and questing at the new zones because the best questing path will greatly improve your leveling time.

The updates that we offer for MoP leveling guides will likely cost a small update fee ($20) similar to what we offered during the launch of Cataclysm, and we will also offer a pre-order special to get them early at a discounted price.

I am going to be very active with MoP beta and make sure that our guides are as high quality as possible when MoP launches and I will also be more active with our blog posting about the new Monk class, leveling and questing in Mist of Pandaria so visit our site often and stay tuned for cool stuff :).

29 replies to "Dugi Guide is in Mist of Pandaria Beta"