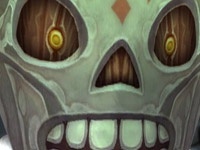 Day of the Dead is today in Azeroth–it only lasts one day and serves as an awesome minor holiday, similar to Pirates’ Day, to close out Hallow’s End. We’ve whipped up a small guide so you can know the quests and achievement for the event; make sure you don’t skip out if you’re an achievement hunter, as it boasts one achievement that can’t be obtained any other day of the year!

Ice Cold Milk (at least 1 of each) before heading to a graveyard. This will save you traveling time when doing the quest below.

To take part in the events festivities, you must first locate Catrina, an undead female (and a reference to La Calavera Catrina), who can be found near the graveyard of any capital city. She will give you some information regarding the holiday itself, and it is most important that you remember to /dance with her–upon doing so, you will earn the only achievement for this holiday,

Dead Man’s Party. You will also gain the buff

Honor the Dead, which will change you into either Catrina or her male counterpart, Chapman, for twelve hours. 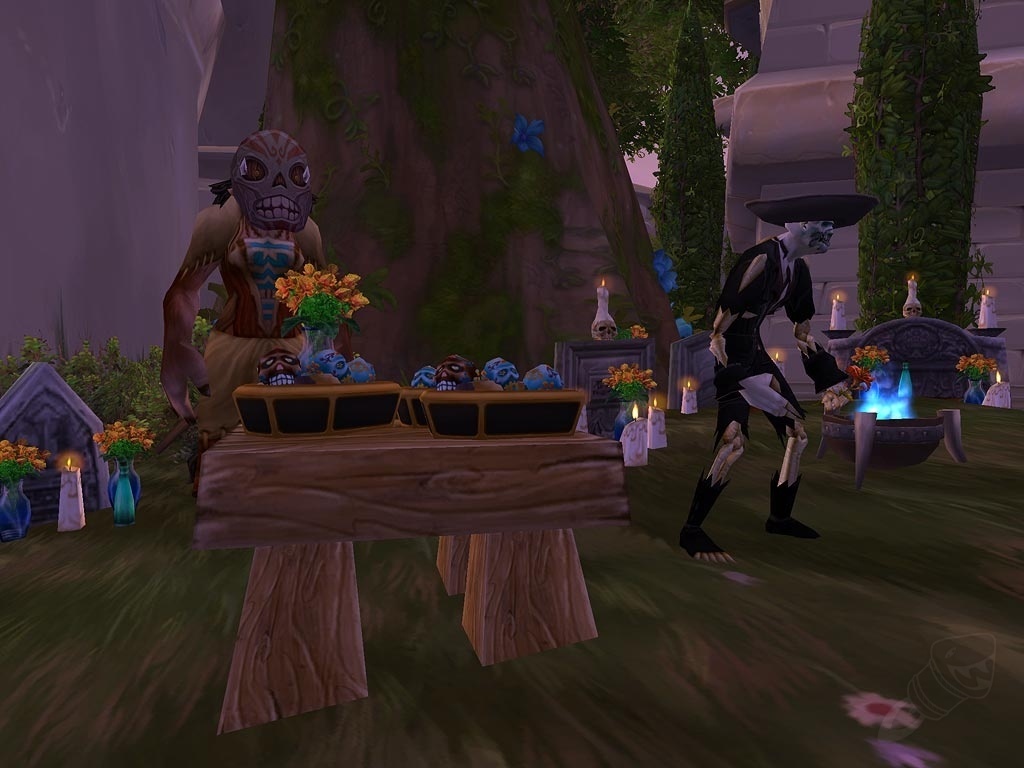 The only quest available during the event is The Grateful Dead, and this quest can only be completed once. The quest will only be available at your race’s home city unless you have access to Shattrath City or Dalaran where the quest can be completed by any race/faction. So taurens complete the quest for Thunder Bluff, Orcs for Orgrimmar, and so on.

In order to obtain this quest, you must first purchase either an

Orange Marigold or a

Bouquet of Orange Marigolds from Chapman, the vendor located near Catrina at any city graveyard. The difference between the two items is that one is a single-use consumed item that will only last the duration of the event while the other is a re-usable permanent offhand, though its use will only function during the event as well (similar toNoblegarden‘s

Use the flower at any city graveyard to allow your character to see the cheerful spirit remaining there. The spirit will offer you the quest, The Grateful Dead, requesting that you bring the spirit an offering of food–in this case,

Bread of the Dead (or Pan de Muerto). The

Bread of the Dead recipe requires 1 Cooking skill to learn, and the recipe can be purchased from the graveyard vendor Chapman. Simply whip up a batch of tasty bread and bring it to the cheerful spirit.

You will be rewarded with a temporary pet, the

Macabre Marionette–an awesome skeleton pet wearing a sombrero and wielding maracas! However, for some completely absurd reason, this pet can only be used during the Day of the Dead event; it cannot be learned and kept like other companion pets–meaning it’s a pet that only lasts two days. This renders the Marionette almost entirely useless, which is a shame as it’s a very cute pet.

There are a few other unique items that can be obtained during this holiday, though none are permanent. In addition to selling the flowers required for the Grateful Dead quest (

Bouquet of Orange Marigolds) and the