Power leveling a character on World of Warcraft is certainly time consuming, but now instance leveling is making it easier than ever before.  Of course you’ll still be spending months getting your character to level 85, but it’s certain that the amount of time you need to gain each level is now much shorter than it was when solo questing and grinding was the only way to level.  Check out this instance leveling guide for some quick tips. 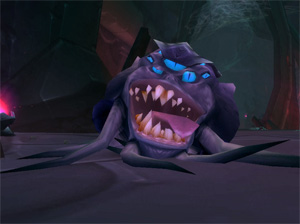 This tip may seem pretty obvious, but let’s face it.  Not every group you end up in through the dungeon finder will be a good one.  That being said, there are some things you can do to help make sure that your group is a good one.  For one thing, try to be polite.  Many WoW players tend to be very condescending toward new players because they are still learning, and sometimes it is necessary to be the peacemaker.  There are tactical ways to mitigate bad attitudes within any group, and you may have to kick someone out if it’s too bad.  Don’t let one bad attitude spoil all of your fun, but know where to draw the line when it comes to kicking people out of the group.  When the dungeon finder first began, there was a certain amount of time you had to wait before you could kick someone out.  However, Blizzard will soon change that so people who don’t often kick others out won’t have to wait.  This is perfect for cases in which you have a healer who won’t heal or a DPS who is AFK for the first five minutes of the instance, but use it sparingly.

Also remember that if you leave the instance before it’s over, then you will have to wait 30 minutes before you can queue again.  This is the Dungeon Deserter de-buff, so it certainly pays to try to stick it out until the end of the instance.  However, don’t feel pressured to stay if the group keeps on wiping.

If You Find a Good Group, Do Some Chains

There are some instance groups that just work together so well that it’s a shame when they have to come to an end.  If you do happen to get into a group like this, speak up the second the instance is over.  After all, instance leveling is about doing endless chains of dungeons to get the most experience you can get in the shortest amount of time.  If you’ve got a group of people who are also instance leveling, then see if they will go along for another run.  Just because the instance is over, it doesn’t mean that your group needs to be over.  The longer you can keep a good group together, the less time you’ll have to spend queuing up for a new group.  This also lessens the likelihood that the next group you get just isn’t good at all.