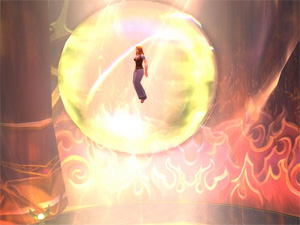 Reason #2: Better gear – Of course instance leveling itself will give you more chances at better gear because the bosses drop better gear than anything that’s out in the solo world.  However, the gear you get as a reward for completing instance quests is much better than the gear you get for completing solo quests.  This means two have two chances to get a gear upgrade every time you run an instance.  Additionally, if you run a random instance instead of queuing for a specific one, you have a third chance at getting better gear because you will get a bag of helpful items after you complete the instance.

Reason #3: More fun – Instance leveling gives you a chance to explore parts of the game you never did before.  The instance quests used to be the ones that WoW players purposely skipped over because they required finding a group to complete them.  However, the dungeon finder takes all the guesswork out of finding an appropriate group, no matter what time of day it is.  This makes all those instance quests a whole lot easier and more fun than they were before.  After all, isn’t it more fun to interact with other players and get the chance to take down some unique creatures to complete the quests?

Of course completing instance quests may mean a little bit of time seeking the quests out, and having a good instance leveling guide can take some of the guesswork out of finding them.  Besides, you can always queue for a dungeon while you’re traveling to pick up the instance quests to save some more time.