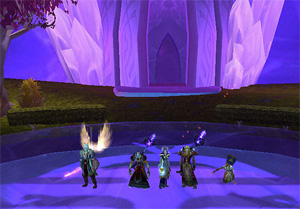 The biggest problem with completing instance quests is that you simply don’t know where to pick them up.  Even the most experienced WoW players may queue for a random instance and end up somewhere they’ve never been before, especially if they’ve never used instance leveling to level a character.  This is why a good list of instance quests for each dungeon is an important tool for the power leveler.

The Best of Both Worlds

Another important feature of a good instance leveling guide is a listing of the pre-requisite quests.  All characters need to complete certain quests before they are eligible for specific instance quests.  Dugi’s Dungeon Leveling Guide will make sure you spend your downtime completing pre-requisite quests instead of wasting your time on other quests that have nothing to do with instance leveling.

When Blizzard originally set up the classic and Burning Crusade dungeons, they didn’t plan on those instances being played very much, and so, consequently, they didn’t create maps for them.  This can make it very difficult to complete the older instances, especially if you have never been in them and have no idea where you’re going.  This is compounded by the fact that those older dungeons tend to be very long and full of winding passages that seem to go nowhere.  Instance leveling guides like Dugi’s Dungeon Leveling guide include complete maps for all of the older instances, making a run through them pure joy and very simple.