From the moment you cross over into Northrend in World of Warcraft, you begin to see quest givers that offer quests with a blue question mark instead of the traditional gold one.  These blue quest are daily quests, which means you can complete them once per day.  You can complete 25 WoW dailies per day, and you really can’t afford not to put forth effort on completing your dailies. 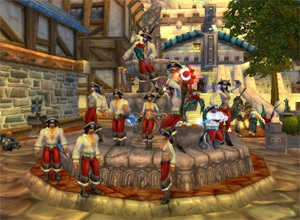 Determining the Best WoW Dailies for You

There are much more than 25 daily quests available throughout World of Warcraft, and it can be difficult to sort out which dailies are the best ones for you to complete.  Just start sorting out your dailies by asking yourself some questions.  For example, if you’re still in the process of leveling your character, then you’ll want to complete daily quests that give you plenty of experience.  In some cases you may even be able to kill two birds with one stone while you’re leveling, especially in the case of reputation farming.  For example, the Sons of Hodir daily quests will give you a ton of experience while helping you get to exalted standing with the faction.

If your character is already level 85, then there are plenty of other reasons you will want to make sure to complete your daily quest rotation.  Reputation farming is one of the major reasons level 85 characters continue completing daily quests.  There are several factions in World of Warcraft that you just have to be exalted with because of the special enchants and gear you can buy.  Almost all classes can benefit from being exalted with the Sons of Hodir because it gives them access to various enchantments they can’t get anywhere else.  Also tailors can purchase a recipe for the Glacial Bag, a giant 22-slot bag that has a limit of making one per week.  Other professions also have certain items that can only be purchased from the Sons of Hodir with an exalted reputation, so this faction may be one of the first reputation farms you do.

Another reason WoW players complete daily quests is to farm for gold, so this is another thing to keep in mind.  If farming for gold is your main objective, then you want to focus on the dailies that give you the most gold for the least amount of work.

Figure Out a Pattern

Once you know what you need to work on, you can then figure out a pattern.  A WoW dailies guide will show you how to complete 25 dailies in just two hours, so it certainly doesn’t have to take a long time.  Just keep in mind that your daily quest routine will change about every other day or so, depending on how much reputation or experience you gain from each of the dailies.  However, once you’ve completed a few rounds of daily quests, it will be easy to move on to another set of dailies and meet your next goal.