Daily quests are a necessary part of World of Warcraft, especially if you want your level 85 toon to be fully geared with enchantments for all pieces of gear.  WoW dailies are a source of reputation and gold for all characters, so there are plenty of benefits for completing them.

Each of your characters is allowed to complete up to 25 WoW dailies per day.  You can mix and match any of the daily quests you wish, but the best way to go about it is to choose one area and do all the dailies in it at the same time.  The key you’re looking for is convenience, and many of the daily quests in one area can all be done at the same time.  This will allow you to complete five or more WoW dailies all at once, which certainly makes completing all 25 of your daily quests in two hours or less. 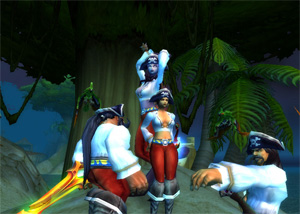 Figure Out What You Need

It’s also very important to prioritize your needs when you’re talking about completing all 25 of your daily quests in less than two hours.  Some of the dailies will grant you gold, others will give you reputation, and still others will give you some combination of the two.  Just try to figure out what your priority is before you begin running dailies.  If gold is your top priority for the moment, then you should look for the daily quests that earn you the most gold.  One of the most important things about farming for gold through daily quests is the fact that you don’t want to spend a lot of time flying around to various areas.  Flight time is just wasted time, especially when you only have two hours to work with, so pick just one or two areas in which the gold payout is higher than the others.  Then just stick to these areas.  You’ll also want to set up a regular route to follow because you’ll notice that each day these daily quests will take you less and less time to do.

If reputation is your number one priority, then you’ll want to look for the daily quests that earn you reputation with the faction you’re trying to be exalted with.  Most of these quests are all located in one area, so you don’t have to worry much about flight time between quests.

Check Out a Dailies Guide

One thing that will really help you in your efforts to spend no more than two hours on your daily quests is a dailies guide like Dugi’s Dailies and Events Guide.  This in-game guide will help keep you on track and moving forward with your quests every second.  The guide also advances as you do the quests, which saves you even more time because you’re not constantly looking back and forth between the guide and the game.  The guide also analyzes your character and can suggest dailies for you to do, based on your character’s status and needed reputation.